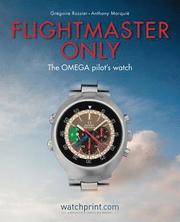 The highly evocative Flightmaster name was first mentioned by OMEGA in 1956-57, but it was not until the late 1960s that it was used to designate an incomparable watch, initially intended for aircraft pilots. At the time, it was regarded as the watch industry equivalent of the Swiss army knife, meaning the ultimate professional instrument. The aesthetically and technically remarkable OMEGA Flightmaster symbolises a period rich in technological and design breakthroughs. Produced over a short per