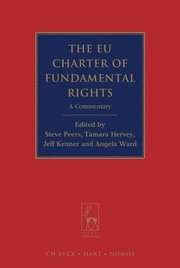 The EU Charter of Fundamental Rights

The Charter of Fundamental Rights of the European Union enshrines the key political, social and economic rights of EU citizens and residents in EU law. In its present form it was approved in 2000 by the European Parliament, the Council of Ministers and the European Commission. However its legal status remained uncertain until the entry into force of the Treaty of Lisbon in December 2009. The Charter obliges the EU to act and legislate consistently with the Charter, and enables the EU's courts to